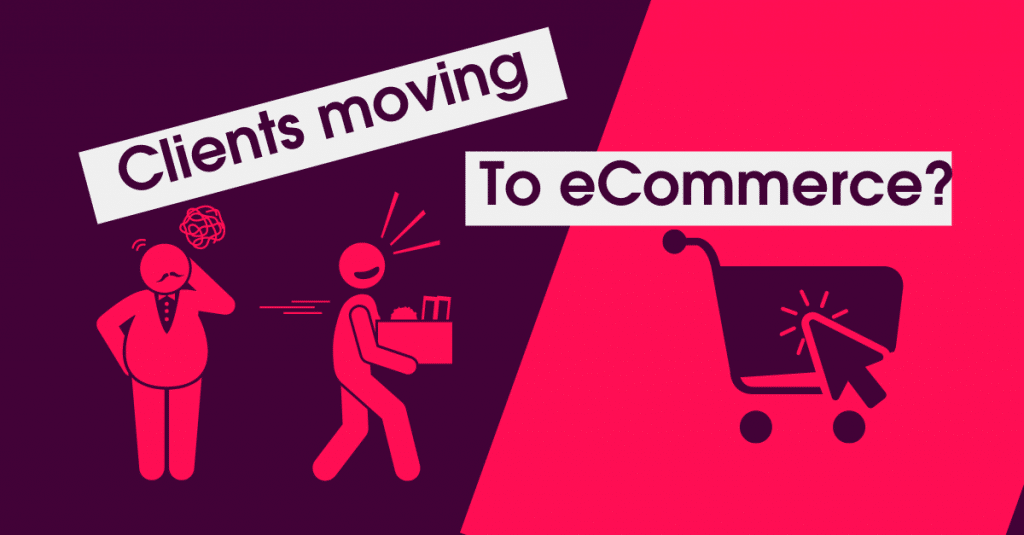 Are more of your clients moving to eCommerce? Accountants need to be ready for the wave of eCommerce.

Over the last 25 years, online shopping has grown rapidly in popularity and even long before the 2020 lockdowns, high street shops were waning in favour. With more choice, cheaper options and fast delivery times, the ease and convenience of online shopping made it a go-to for many people.

Then the global pandemic put a stop to all non-essential retail shops, and the shift to e-commerce accelerated. People could no longer visit Brick and Mortar shops, and even though supermarkets were open, people would avoid them to protect their health. The one space that remained safe for people to spend time in was the internet, and for many it offered a lifeline.

The retailers who weren’t able to make the shift online, sadly had to close down or go into administration. Small independent shops that didn’t adapt to E-commerce suffered greatly, and even huge well-known brands such as Oasis, Debenhams and Warehouse had to go into administration as they failed to be successful online.

For businesses to endure the indefinite and lengthy lockdowns alongside the restrictions placed on physical shops, the only option was to move online. Many business who previously operated on the high street were now moving their shops to platforms such as Amazon and Shopify, with a lot even creating their own websites and selling directly from there. With this came an enormous amount of new e-commerce business, with Amazon alone exceeding‘100 billion dollars in quarterly sales for the first time ever in the last three months of 2020’.

For retailers, shifting online was essential for the survival of their businesses and because of that, there are now more ecommerce shops than ever.

This trend was beginning to rear its head just before the pandemic, and then when the lockdowns hit, so did the resignations. The number of resignations in America reached an abnormally high level in April, and has been on the rise ever since, with a record breaking 4 million American’s quitting their job in August 2021 alone.

With thousands of deaths happening worldwide every day, people began to rethink their goals and aspirations. Often they found, their current job wasn’t matching up with it.

Parents were resigning to take care of their children who were not able to go to school. Healthcare workers who were exhausted, overworked and underappreciated were fed up. Those who worked from home were on the clock 24/7 and faced high levels of burnout.

With thousands of deaths happening worldwide every day, people began to rethink their goals and aspirations. Often they found, their current job wasn’t matching up with it.

With people spending more time at home in lockdown, they had more time to research into how to make more money and run their own business. With the accessibility of YouTube and TikTok there is more educational content than ever out there on how to get started and be successful in E-commerce.

Those who had an ecommerce shop as a side hustle, are now making it their full time jobs. Those who were fed up of working for someone else, found that starting an E-commerce business was the way out of employment, and the way into entrepreneurship.

When you combine the effect of the pandemic, which forced business to go online to survive, with the Great resignation that saw many people quit their jobs in order to run their own online business, this has resulted a massive boom in E-commerce.

There are more people selling online now than ever, and the E-commerce market is thriving. Amazon in particular has seen huge growth worldwide over the last year with 6.1 million total sellers across all amazon marketplaces. In the UK alone there are now 0.4 million sellers, with 398,000 new sellers joined in this year.

With this increase in popularity of online shops and E-commerce, it not only opens up a new shopping experience for customers, but also opens up a whole new avenue in accountancy.  Just as Brick and Mortar shops are outdated and slowly becoming a thing of the past, so are the traditional high street accountants.

There is a new demand for accountants to work with clients who’s businesses have shifted to E-commerce, and a lot of traditional accountants have not been prepared for this change. Those who have stuck to their old ways are now at risk of losing clients to their competitors who have made the leap top change and adapt with the times.

For Accountants to survive, they must now make this shift alongside what is happening in retail.

eComLedger helps accountancy firm easily service eCommerce clients by connecting into their ecommerce platforms and creating a VAT compliant and clear work book to post in any accounting system. Book a demo here. 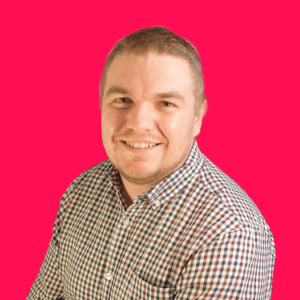 I am an ICAEW Chartered Accountant and owner of Your Ecommere Accountant. I created eComLedger to give other accountants access to accountant focused software for UK eCommerce clients.

Ben is an ICAEW chartered accountant and former ecommerce seller. He created eComLedger as a response to not having accountant focused software for ecommerce accounting.

The Benefits of Specialising as an Accountant

How To Use LinkedIn To Level Up Your Networking

Creating an accountancy brand that stands out in the market

How Brexit has impacted VAT on fees for Amazon sellers